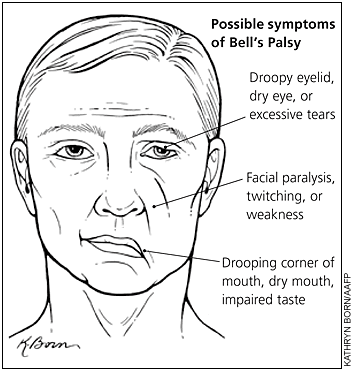 A large number of people have experienced the symptoms of Bell’s palsy, some knew what it was but some didn’t have an idea of what was happening to their body. Many people when they wake up and find themselves suffering from this condition they fear that they have developed stroke and others think they have been bewitched. 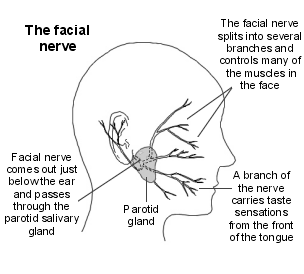 Bell’s palsy is a common neurological condition that occurs when the seventh cranial nerve (facial nerve) is inflamed, compressed or swollen. Therefore it is characterized by paralysis or weakness of the muscles at one side of the face. It also varies in severity from mild weakness to total paralysis. Can occur at almost any age but most common in ages between 16 to 60 years and is equally common in male and female but in diabetic individuals, pregnant women especially third trimester and first week postpartum and all individuals with conditions that compromise their immune system i.e. HIV, cancer and sarcoidosis all these have high risk to contract bell’s palsy.

The exact cause of bell’s palsy remain unknown, though in the past cold exposure like chilly wind, cold air conditioning, or driving with the car window open were cosindered to be the only trigger. Recently, the condition appears to be affecting peripheral nerves with increasing evidence implicating herpes simplex and herpes zoster virus reactivation from cranial nerve ganglia. Studies show that some individuals contract Bell’s palsy a week or two after cold, ear infection or eye infection.  Other things that are believed to have been causing Bell’s palsy include bacterial infection, facial misalignment which increases pressure on the nerve and lastly is trauma.

Bell’s palsy being the most cause of unilateral peripheral lower motor neuron facial nerve paralysis, however it manifests rapidly such that someone may rise from bed one morning with:

For some individuals Bell’s palsy usually disappears on its own within weeks or months but for most people it does not resolve until they go for treatment.

Physiotherapy helps in strengthening the facial muscles, facial retraining and also accelerating recovery. However study shows that 80-90% of patients with Bell’s palsy get well.
References:

Have You Ever Heard About Bell’s Palsy?

We Are Now Open At Ridgeways, Kiambu Rd.