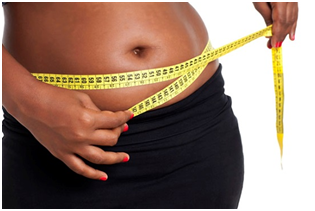 A common request many women have whenever it comes to losing weight is to only get rid of fat in certain areas and leave others untouched. Some may just want to lose the belly but keep the hips. Maybe get rid of the bingo wings (fat below arms) and nothing else.

The desire to lose weight is commendable given its health benefits. However, one doesn’t get to decide where the fat will be removed. Similarly, where the fat is deposited is also beyond anyone’s control – naturally, of course.

Should there be any weight loss, the results will be seen in multiple areas of the body from; the face, chest, torso, and thighs, to name a few. Everyone’s body is unique, so even at the same weight, most people could still look different.

The desire to achieve a certain look often stems from consuming too much media discussing what the perfect body should look like and glorifying unhealthy habits such as fad diets and slimming tea.

The perfect body doesn’t exist and trying to have it is one wild goose chase. Nonetheless, trying to get in shape for a confidence boost doesn’t hurt.

Before embarking on such a journey, it’s important to know a few things about fat. Both men and women have a certain amount of essential fat necessary for normal body functioning.

One common method of measuring body fat percentage is the skinfold measurement technique – an inexpensive and fairly accurate method. It involves pinching the skin and measuring it with a pair of calipers.

Aerobic exercises – exercises that can be sustained for longer periods of time – are great for losing weight. Some examples include running, riding a bike, hiking, or Zumba continuously for 20 minutes and up.

It’s not inherently wrong to consume foods with some fat in them because some fat is necessary for normal bodily functions, but fat isn’t the sole culprit responsible for weight gain. Calories are part of the equation.

Sweets, for example, are high in calories but not fat. Snacks such as crisps, cakes, and energy drinks also contain many empty calories. These excess calories are then stored as fat in the body when they’re not used up.

Other apps like MyFitnessPal can be used to obtain a good estimate of an individual’s daily caloric intake and the number of calories needed to maintain the current weight.

Finally, a device like a smartwatch can be used to calculate the calories burned during physical activities, either through a Fitbit or Apple Watch.

For activities such as running or taking long walks, a simple phone app like RunKeeper can track the distance covered by the user and calories burned for free.

One can then calculate the number of calories they’ll need to burn in order to lose weight using these three values: calories consumed, daily caloric intake, and calories burned per activity/day.

These numbers will vary depending on one’s age, gender, activity levels, and metabolism. The bottom line is any attempt at losing weight requires consistency in order to achieve the end goal.

About Fat and Losing Weight

We Are Now Open At Ridgeways, Kiambu Rd.

How may we be of assistance?

WhatsApp Chat is free, download and try it now here!